insights from our partners University-Business Collaboration in Cyprus

Cypriot experts from both HEIs and SMEs shared their thoughts about the current UBC.

One of the Unite4H Intellectual Outputs is to interview local experts from both SMEs and HEIs to share their opinion and experiences with UBC. But first, let’s examine the background of UBC in Cyprus. There was indeed an effort in the previous years to promote a better collaboration through the project “Industry Liaison Offices” with funding of €3.1 m EU Structural Funds was run during 2009 – 2014 consistent with the Europe 2020 strategy “Innovation Union”, but it was not very effective for various reasons.

There are or were a few organisations which work on promoting collaboration between universities and business, which can be labelled as the stakeholders in Cyprus in this effort. The Foundation for the Management of European Lifelong Learning Programs and the Youth Board of Cyprus have been appointed to implement the Program, the first in Education and Vocational Training and the second is more specific to the young people in Cyprus. The Directory General for European Programs Coordination and Development (DG EPCD) is also responsible for the implementation of the National Reform Programme for the Implementation of programs such as “Europe 2020” Lifelong Learning strategy in collaboration with the Ministry of Education and Culture, the Human Resource Development Authority, and the Cyprus Productivity Centre.

DG EPCD has also been responsible for defining the national policy in terms of Research and Entrepreneurship and is therefore, the authority overseeing all the actions of the Research and Innovation Foundation and the implementation of the National Strategy undertaken by the Foundation.

Another important stakeholder for UBC is the Human Resource Development Authority (HRDA) and is acting as a support mechanism. Its main objective is to fulfil the needs of the Cyprus economy as those are defined by the social and monetary policy of the state through the continuous education and development of the work force in Cyprus in all aspects. In a nutshell, the HRDA identifies the needs in the Cyprus workforce through its own research and analysis and based on those findings the Authority announces different types of Programs in order to fulfil those needs. This is done through various programs which are funded by HRDA, such programs include a six-month funding of the salary of a recent university graduate, to gain experience. Also, HRDA has a program to introduce young people into the tourist industry, which is a vital industry for the Cypriot economy.

The experts first commented on the various motivations an organisation has to participate in UBC. On behalf of the HEIs, they commented that an HEI may engage in UBC to see its theories and research being applied by companies and thus knowledge transfer to the industry is feasible. The students can participate in internships and thus acquire practical skills and experience on their field of study. An interview stated that the internships schemes are the number one motivation for HEIs to participate in UBC. Interviewees also claimed that the EU financial aid is also a great motivation for them and the students.

The motivations that a company has to participate in UBC are also plentiful. As the experts’ state a collaboration can greatly benefit a company and especially SMEs by having expert academics joining the R&D teams of companies to help them with projects. An SME which is working on a project with the intention of commercialising it, has the ability to bring in academics who are going to help them with the project. As an interviewee stated, ‘to create unique products we need to work with the best to achieve it. Many university employees are experts in their fields and so they are able to help us with their knowledge and expertise.’ Additionally, companies can collaborate with universities to attempt to commercialise on ideas that were produced by an HEI because usually an HEI does not proceed to commercialise an idea by itself. Also, in the past there were many start-up companies which started because of UBC which greatly benefits Cyprus’ economy. When students are joining a company through an internship, they are transferring their knowledge on the newest technologies and practices to the company they are interring to.

There are also a few supporting mechanisms that exist in Cyprus to assist UBC, however most of them only funding UBC projects. Interviewees claim that the supporting mechanisms should especially assist SMEs to network and ‘partner match’ them with academics to be able to participate in UBC. Unanimously the experts state that there should be more networking events in Cyprus organised by the supporting organisations which all are public bodies. The HEIs should align their programs with the needs of the industry to give the chance to more SMEs to engage in UBC because student placements are not enough one academic expert states.

On the topic of supporting mechanism improvement, the experts suggested that the legal framework of intellectual property rights should be improved, and bureaucracy should be kept to a minimum during proposal submissions because there are many issues faced by HEIs when they try to engage in UBC. They have also suggested that a consulting service should be provided by the public bodies to give better guidelines to the participants and the organisations which are interested in engaging in UBC. It must be noted that recently there were some positive steps towards improving the legal framework for IP rights which was a significant barrier for HEIs.

When the experts were asked to tell us what skills and capabilities the participants needed to have a grasp on, they unanimously agreed that a person engaging in UBC should be able to adapt his/her mindset to the others background, meaning that an academic should be able to understand the way of thinking of a businessperson and vice versa. Soft skills are always needed for such occasions, but the most important skill a participant should have is that both parties should be able to establish similar goals, so as the collaboration can be successful. The last part was a serious issue in the past in Cyprus because of bureaucratic barriers the public universities had to face. Those barriers were also affecting the business sector as it was more difficult for them to engage in meaningful UBC with a public HEI.

Nevertheless, Cyprus is moving at the right direction eliminating IP rights issues which was the main issue of HEIs and business which engaged in R&D. Funding grands are also getting bigger meaning more projects can be funded and the digitalisation of proposals makes it easier for a consortium to submit proposals, even though the time and effort needed to prepare a proposal is too much the experts claim. 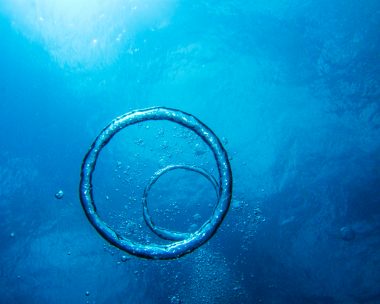 November 7, 2022 Result-based management for “Project Design for Impact” in the Horizon Europe Programmes

July 21, 2022 3 takeaways: Why should SMEs care about European projects and collaboration with universities? 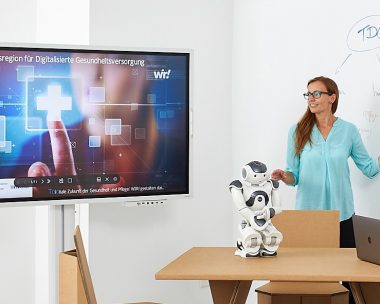